ESTHWAITE WATER TROUT FISHERY REPORT – 20/2/15
TROUT FISHING
For all you Trout anglers out there, the lake will receive its first stocking of Trout at the beginning of March. Please keep an eye on our Facebook and Twitter pages for the exact date, but the Dunsop Bridge Trout farm has assured us that it will be either the 2nd or 3rd March!
PIKE FISHING AND COARSE FISHING
The fishery is on fire at the moment regarding the Pike fishing. The water temperatures are very low at the moment so static dead baiting is accounting for the bulk of catches!
Dirk Robinson fished the car park banking and landed a 17lb 15oz fish on static dead bait. Big s club member Matt Mclean took to the boats and landed a 12lb 11oz and a 14lb 6oz respectively. Alan Brand and Stuart Ferguson from London fished 5 days from the bank and landed 9 Pike to 13lb 8oz, again on static dead bait. Meanwhile Alistair Paisley from Carlisle fished from the car park banking and took a 19lb 6oz specimen! Steve Bosacki from Huddersfield  also fished the car park banking and landed a 20lb 8oz fish.
Big s club member Reece Nicholson has been in good form bank fishing with dead baits and has taken fish of 15lb, 15lb 10oz, 16lb 8oz another 3 low doubles and a jack Pike! Hawkshead Angling Club member  Fonz Howard also fished from the banking in the North basin and took 2 nice doubles of 15lb 10oz and 17lb 8oz. Meanwhile Gary Nevinson from Widnes fished from the boats and landed a 15 pounder on a lure and a 23 pounder on dead bait! Stuart Fazackerley from Wigan landed a 14lb’er on Smelt from the boats. Another Hawkshead Angling Club member Harry Poxon from Milnthorpe bank fished at the boathouse stretch on the Eastern bank and landed a 19 pounder and 2 jacks on static dead bait. Tim Farnham fished from the car park banking and landed a 14 pounder on dead bait. Again from the car park banking Philip Price landed a 14lb’er and a 20lb 8oz fish on static dead bait.
The Esthwaite guides have been successful of late steering clients to some nice Pike captures! Indeed Philip Pratt from Leeds landed a cracking conditioned 21 pounder from the boats to static dead bait (see attached photo). Meanwhile Chris Wells and Steve Walker from Huddersfield were guided to a successful day in the boats, taking fish of 9lb, 11lb, 13lb and 24lb 5oz respectively. All fish fell to static dead bait! (see attached photo)
The general coarse fishing is still going very well with some nice bags to 30lb taken by some anglers. Best pegs include the point opposite the ticket office and the boat house stretch on the Eastern bank! The coarse fishing tickets for the silver fish, Perch and Bream are available until 14th March and the cost of a day ticket is still £10!
For all the very latest captures please find us on Facebook and Twitter!
Best Regards 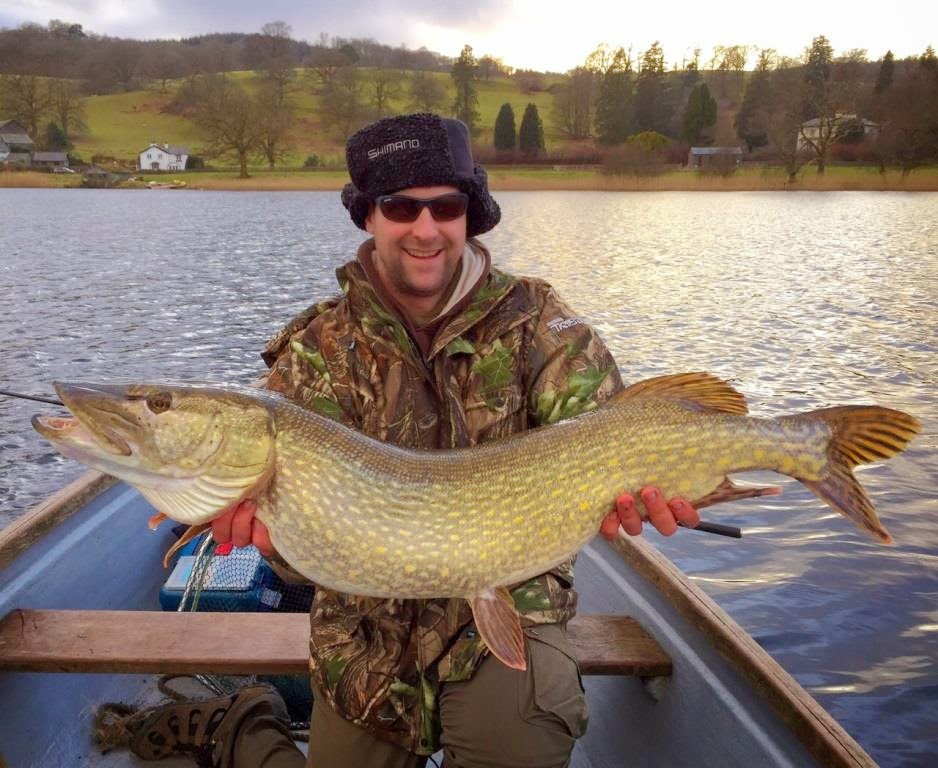 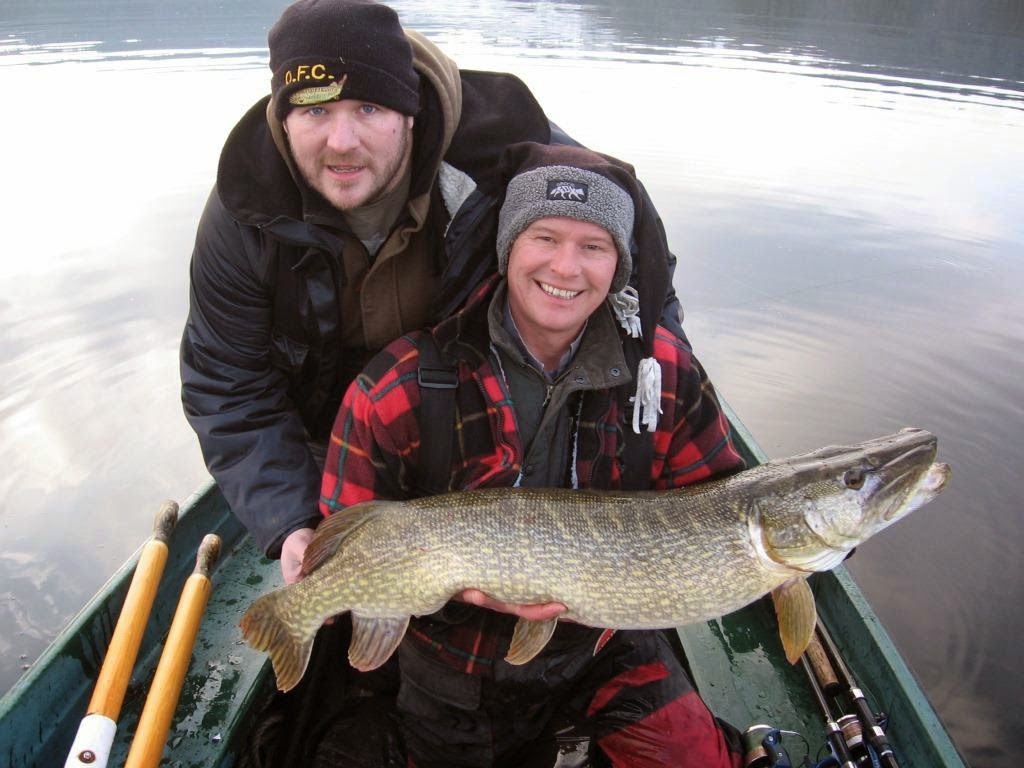 Posted by Esthwaite Water Trout Fishery at 03:35 No comments: