ESTHWAITE WATER TROUT FISHERY REPORT – 26/2/14
TROUT FISHING
The first stocking will take place on March 2nd. However our open day will be held on Sunday 16th March. The day will include heat 1 of the Esthwaite Pairs 2014 competition, discounted tuition and general camaraderie.
There will be a fly tying demonstration offering practical tips and you can learn what patterns are best at the fishery.
Also special offers on fishing tackle will be available on the day, so anglers can ‘try before they buy’. There will also be complimentary food and drink. Feel free to come and chat to our friendly staff, everyone is welcome. Contact the fishery for further detail.
PIKE AND COARSE
Fonz Howard has been on top form recently landing a cracking 23lb 4oz fish to static deadbait from the bank in the North basin (see attached photo). He then followed this capture up with a 12lb 2oz and a 19lb 6oz Pike the following trip.  Meanwhile Big S club member Dave Roscow fished 2 days from the boats and landed a 10, a 12 a 17 and a 21 pounder, all on static deadbaits.
Ashley Hockham and Ian Bland from Ulverston fished just lures and landed 6 Pike upto double figures from the boats. Meanwhile Geoff Birtwistle took a good conditioned 16 pounder on static deadbait from the boats. Also employing static deadbaits Nigel Parker from Harrogate landed a 9, a 12 and a 19lb predator from the car park banking.
Big S club member Steve Hincks from Blackpool took a 12 pounder on deadbait and a specimen Brown Trout of 9lb 8oz on a Pike lure, which was safely returned! Graham Atkinson from Milnthorpe fished static dead’s from the bank and took a brace of doubles including a 12 and a 15 pounder. Steve Hill fished from the boats and landed 4 Pike to 16lb on herring deadbaits and James Howe from Preston took his PB Pike of 20lb exactly from the car park banking on Mackerel deadbait! Don’t forget we are still open for Pike fishing until 31st March.
The general coarse fishing has been good with mild overcast days providing ideal conditions and bags of 20-30lb have been commonplace. Indeed Joe Pennington from Bury fished feeder tactics off the boathouse swim and reported non stop action with mixed bags of Roach, Perch and hybrids. Tickets cost just £10 and we are open for Coarse fishing until 14th March!
For up to the minute information, please contact Dave or Alex on 015394 36541 or alternatively please follow us on Facebook and Twitter!
Best Regards
David Coleman M.I.F.M 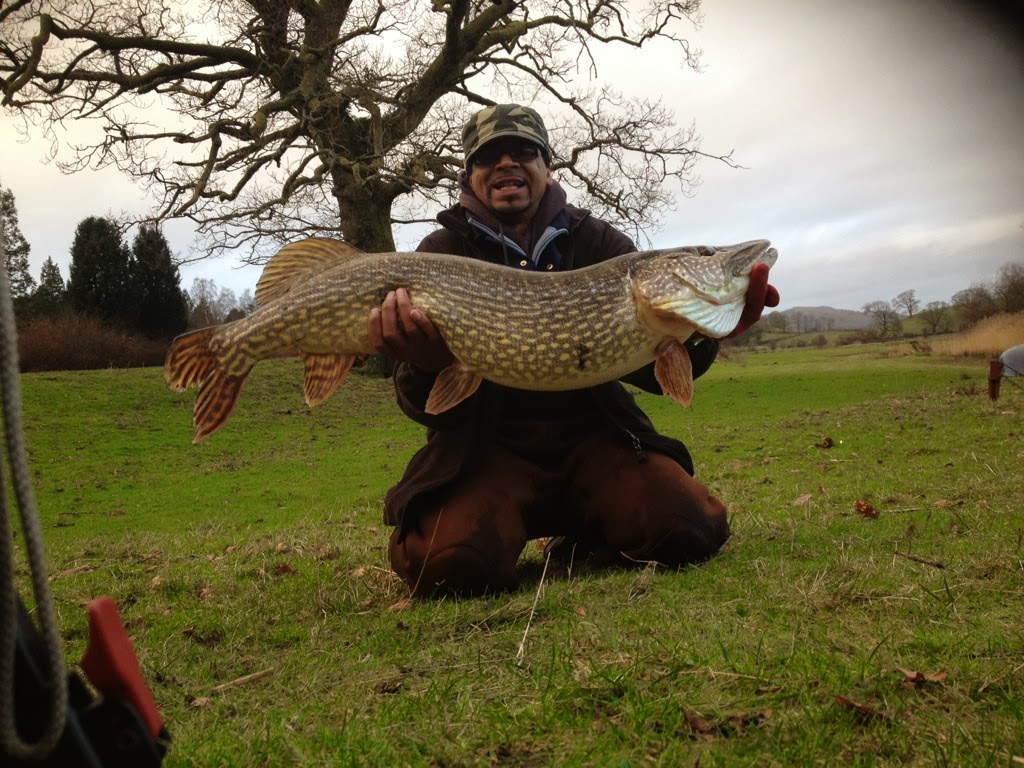 Posted by Esthwaite Water Trout Fishery at 03:41 No comments: